by Tash Fairbanks and Toby Wharton

THE ENTIRE RUN IS NOW COMPLETELY SOLD OUT
INCLUDING all the extra performances on
Wednesday, 25 January, Thursday, 26 January and Friday, 27 January 2012 at 3.00pm

Fog is about two families: one white and dysfunctional, the other black and aspiring. Fog and Lou were put into care as young children by their soldier father, Cannon, following the untimely death of their mother.

Ten years later, Cannon returns, expecting to reassemble his family around him. But he feels a stranger in this ‘new’ England of broken promises. And nothing could prepare him for the damage that abandonment and an inadequate care system has wreaked on his kids. He desperately tries to repair what has been broken, but is it all too little too late?

Fog is the world premiere of a stunning new play, a unique collaboration between a male actor in his 20s and an established female writer/performer in her 60s, directed by multi-award-winning writer/director Ché Walker.

About The Playwrights Tash Fairbanks and Toby Wharton

Playwright Tash Fairbanks was born in 1948. A writer, theatrical performer and playwright, she trained at E15 Acting School, and was a founder member of the lesbian feminist Siren Theatre Company in 1979. Her playwriting includes commissions for Theatre of Thelema, Women’s Theatre Group, Graeae, Theatre Centre, Charter Theatre Company and Siren Theatre Company with such works as Mama's Gone a Hunting (1980), Curfew (1982), From the Divine (1983), Now Wash Your Hands Please (1984), Pulp (1985), Hotel Destiny (1987) and Swamp (1989) which have toured extensively in UK, Holland, Germany and USA. Film includes Nocturne (Channel 4). Her published work includes Siren Plays (Taylor and Francis) and Fearful Symmetry (Onlywomen Press). Her work as an actor includes productions for Sidewalk Theatre, Gay Sweatshop, Theatre of Thelema and Siren Theatre Company, as well as receiving a nomination from Plays and Players  for Best New Actress of the Year.

About The Director Ché Walker

Director Ché Walker returns to the Finborough Theatre where he made his directorial debut with Achidi J's Final Hours in 2004 and where he directed the sell-out Etta Jenks, starring Daniela Nardini and Clarke Peters (2005). Other Theatre includes Been So Long (Young Vic and English Touring Theatre), Extended Family (Chichester Festival Theatre), The Glory of Living (BAC), Estate Walls, Little Baby Jesus (Oval House), Lovesong (English Touring Theatre and Edinburgh Fringe), Car Thieves (National Theatre Studio) and Dance for Me (Tricycle Theatre). Ché's writing includes Been So Long (The Young Vic and Royal Court Theatre), The Frontline (Shakespeare's Globe), Iphigenia (Southwark Playhouse), Flesh Wound (Royal Court Theatre), Crazy Love (Paines Plough), Car Thieves (National Theatre Studio), Carmen (Open Air Theatre), Dance For Me (Theatre Royal Stratford East) and Rootz Spectacular (Belgrade Theatre, Coventry). He is also writing the book for The Eighth, a new musical with music and lyrics by Paul Heaton of The Beautiful South for this year's Manchester International Festival as well as writing his own musical adaptation of The Bacchae with Arthur Darvill for English Touring Theatre. This year, Ché will direct the feature film adaptation of his original musical, Been So Long from his own screenplay for Greenacre Films/UKFC and is also developing an original television series with the BBC.

The Press on Director Ché Walker

"Fringe theatre is bristling with creativity and flare but is often overlooked. This seething mass of talent has risen to the surface at the Finborough with this transfixing production. Making his directorial debut, Che Walker creates a wonderfully tragic journey...this production is a triumph for all involved." Rob Speight, The Stage on Achidi J's Final Hours

"This is, by some distance, the best play that I have seen this year. Bracing, intense and tragic, it is evidently based on real life events. It is compellingly, convincingly performed and succeeds in combining its political message with a tragedy caused by human foibles...The Finborough Theatre often stages plays with political points to make and, on this occasion, records a resounding success." Glen Baker, Morning Star on Achidi J's Final Hours

"Ché Walker has revived it at the Finborough with great panache and a very strong cast." Philip Fisher, British Theatre Guide on Etta Jenks

"The direction is fluid and beautifully paced while the lights are carefully blended into the scenes… It is the Finborough at its best" Blanche Marvin, London Theatreviews on Blue Surge

The Press on Fog

“The Finborough is a Fringe theatre in a class of its own: last year's programme was so good that it was worth moving to West Brompton for...Its first new writing premiere of the year is a bruising lyrical short about teenagers in London whose quality and impact suggests that 2012 in London's only wine bar theatre, will be as impressive as it was in 2011.” Caroline McGinn, Time Out

“While most folks are still recovering from hangovers, the Finborough has been the first theatre in the country to get rolling with a premiere. Artistic director Neil McPherson has, since 1999, worked tirelessly to make this tiny fringe venue in Earl's Court a trove of high-calibre new plays as well as rediscovered gems. Note for 2013: McPherson really should be on the list for a New Year's honour.” Kate Bassett, The Independent on Sunday

“At the Finborough, on the outskirts of Chelsea in West London, hard-hitting Fog is selling out fast with its mixture of powerful acting and devastatingly pointed writing.” Martin Newman, Huffpost Culture

“A painful, promising play, raising the thorny issue of fatherless boys and of young care leavers and their difficulties.” Sarah Hemming, The Financial Times

“A story that leaves you stunned by its violence, and its terrible sadness...Fierce and terrifying” Aleks Sierz, The Arts Desk

“The play's portrait of a social system that offers care but no protection leaves an uneasy aftertaste.” Michael Billington, The Guardian

“Opening in a week when housing benefit has been capped - a policy which will hit London's inner city where it hurts - 'Fog' is not only a subtle study of lives adrift: it is also a powerful warning about what happens to kids and parents when they don't have a home to call their own.” Caroline McGinn, Time Out

“Agonising and funny at the same time.” Paul Taylor, The Independent

“At its best, the language of the play feels like it’s been inhaled through a water pipe and then exhaled to the beat of drum ’n’ bass. It burns, it stings, it makes your blood tingle...there’s an intensity and a rush to the dialogue that gives the work its emotional punch...Fired up by this linguistic energy, Fog is sometimes frightening in its anger and desperation. Although it rushes along like a roach flushed down a plughole.” Aleks Sierz, The Arts Desk

“Tash Fairbanks and Toby Wharton’s new play is an interesting and unusual collaboration. Fairbanks is a founder member of the lesbian feminist Siren Theatre Company and Wharton is an actor who specialises in hard-hitting new work. She was born in 1948 - he was born in 1984.” Aleks Sierz, The Stage

“'Fog' is unique as a piece of new writing: I can't remember the last time a sixtysomething founder member of a lesbian feminist theatre group teamed up with a twentysomething actor to write a play, but Tash Fairbanks and Toby Wharton's benefits richly from the verve and faux-yardie argot of youth and the poignant wisdom of experience.” Caroline McGinn, Time Out

“A collaboration made in the vicinity of heaven.” Paul Taylor, The Independent

“A raw, punchy piece which suggests that Wharton is a talent we should watch out for.” Henry Hitchings, The Evening Standard

“The writers have an ear for language that captures Cannon’s more cockney London and the youngsters’ street talk with brilliant accuracy, yet keeping it penetrable for audiences unfamiliar with its vocabulary.” Howard Loxton, British Theatre Guide

“I hope to see and hear a lot more from author/actor Toby Wharton.” Paul Taylor, The Independent

“Like the writing, the acting in Fog is truly phenomenal, moving the audience from shock and tears to laugh-out-loud humour.” Amy Stow, WhatsOnStage

“The cast is brilliant throughout.” Carolin Kopplin, UK Theatre Network

“Swinging between loud-eye catching displays of bravado and subtle emotional turns, Wharton's performance is nothing short of riveting.” Martin Newman, The Mirror

“It's easy to walk out of Fog marvelling at the whirlwind performance of its lead actor Toby Wharton, but this production offers a good deal more with a perceptive take on Britain's broken-in-places society.” Martin Newman, The Mirror

“As Fog, Wharton’s nervy intensity plays off Victor Gardener’s brawny blokiness as Cannon perfectly, their scenes together have a real potency and an explosive dynamic.” Ian Foster, The Public Reviews

“Victor Gardener as his angry dad, Annie Hemingway as his roughly used sister, and Benjamin Cawley and Kanga Tanikye-Buah as a pair of high-flying black siblings offer strong support.” Michael Billington, The Guardian

“Annie Hemingway plays Lou with quiet intensity. She does not say a word in the one scene with her father but her body language and her eyes express everything.” Carolin Kopplin, UK Theatre Network

“Che Walker's production also has a swift urgency and is vigorously acted.” Michael Billington, The Guardian

“Pumping, alienated urban yoof portraits are often the first base for new writing. But 'Fog' has a tenderness and subtlety - drawn out beautifully in Che Walker's rhythmic, observant production - which deepens its impact.” Caroline McGinn, Time Out

“Ché Walker's production – with a lone sofa in a raw concrete cell – is intimate, tender, terrifying, and occasionally funny.” Kate Bassett, The Independent on Sunday

Audience Members on the Rehearsed Reading of Fog

"The dialogue is exquisite.  It does more than simply jump off the page, it leaps out grabs you by the throat and smacks you around. A truly original well written piece that succeeds in doing what I always want from a good play.  To learn. To think. To laugh. To cry. To feel." Roy Williams OBE, playwright.

"Beautifully pared down, the rhythms of life are really there. The writers have given a voice to those who have none." Jane Boston. Senior Lecturer and Head of International Voice, Central School of Speech and Drama.

"A play like this helps to dash the misconceptions that children get into the care system because of something they have done wrong. A moving experience to watch as the story unfolds and one that needs to be put there for the public to see." Pam Redican, Principal of Wings School, Cumbria and Nottinghamshire. Winner of the Pride of Britain Award for her dedication to the education and care of ‘difficult’ young people.

Approximately 1 hour 30 minutes with no interval 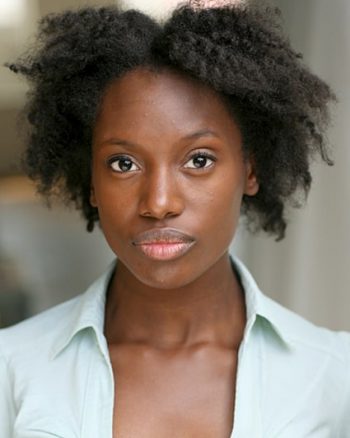 Approximately 1 hour 30 minutes with no interval

by Tash Fairbanks and Toby Wharton