A new version of Gilbert and Sullivan's musical comedy

“ Oh, don't the days seem lank and long
When all goes right and nothing goes wrong,
And isn't your life extremely flat
With nothing whatever to grumble at. ”

The first professional London production in over twenty years

PRINCESS IDA is now completely sold out for the entire run.

“ Oh, don’t the days seem lank and long
When all goes right and nothing goes wrong,
And isn’t your life extremely flat
With nothing whatever to grumble at. ”

Containing some of Sullivan’s catchiest melodies and Gilbert’s wittiest salvoes in the battle of the sexes, this sunny, funny musical comedy concerns the marriage of two royal babies.

It’s twenty years later and Prince Hilarion is keen to be reunited with his now adult wife, the Princess Ida. Unfortunately her quarrelsome father has hidden her away in a women’s only university where even the morning cock crow is managed by a talented hen.

So Hilarion is forced to don a dress and even wield a sword to win his wife.

About Gilbert and Sullivan

About the Director Phil Willmott

Composer, Writer and Director Phil Willmott is one of the most commissioned musical theatre writers in the UK. His past musicals include Secret Love (National Tour) Lost Boy (Finborough Theatre and an extended transfer to Charing Cross Theatre), Once Upon a Time at The Adelphi (Liverpool, London and USA) and the widely and regularly revived Dick Barton Trilogy, Around The World In Eighty Days and Jason And The Argonauts. He is a multi-award winning director, artistic director, playwright, composer, librettist, teacher, dramaturg, arts journalist and occasional actor. He is founding Artistic Director of award winning theatre company The Steam Industry incorporating the Finborough Theatre (under the Artistic Directorship of Neil McPherson) and the London's annual Free Theatre Festival at the open-air "Scoop" amphitheatre on the South Bank. He has international directing career incorporates everything from classical drama, musicals and family shows to cabaret and cutting edge new writing. He is a recipient of a TMA Award for outstanding direction of a musical, a Peter Brook Award for his outdoor classical productions and family shows, WhatsOnStage award nominations for best regional and Off West End productions, a Broadway World nomination for Best Musical in the UK, a Brooks Atkinson/Royal Court award in New York for Playwriting and four Spirit of Broadway awards.

In 2006, the Finborough Theatre began the Celebrating British Music Theatre series with a sell-out production of Leslie Stuart’s Florodora. Productions since then have included sell-out rediscoveries of Lionel Monckton’s Our Miss Gibbs, Harold Fraser-Simson’s operetta The Maid of the Mountains, A "Gilbert and Sullivan" Double Bill featuring Gilbert’s play Sweethearts and Sullivan’s opera The Zoo, Dame Ethel Smyth’s opera The Boatswain’s Mate, Sandy Wilson’s The Buccaneer, Oscar Asche’s Chu Chin Chow, Leslie Bricusse and Anthony Newley's The Roar of the Greasepaint – The Smell of the Crowd, Ivor Novello's Perchance to Dream, Gay's The Word (which transferred to Jermyn Street Theatre, and has been released on CD), and Valley of Song (released on CD), Gilbert and Sullivan's The Grand Duke, Edward German's Merrie England, Paul Scott Goodman's Rooms: A Rock Romance, Phil Willmott's Lost Boy (which transferred to Charing Cross Theatre), Craig Adams and Nona Sheppard's Thérèse Raquin (which transferred to the Park Theatre and has just been recorded for CD), Rutland Boughton's 1914 "music-drama" The Immortal Hour and Julian Slade and Dorothy Reynolds' Free As Air.

The Press on Princess Ida

“This isn’t just a show to catch as a rarity; it really is fun and musically fine enough to keep serious G & S fans happy too.” Howard Loxton, British Theatre Guide

“This play should not go unperformed in London for such a long time ever again, nor should it be missed at the Finborough.” Tina Squatley-Thrust, The Upcoming

“This production has remained faithful to the music and the lyrics of that great Victorian duo, and faithful also to their light-hearted and witty take on one of the perennial dilemmas of human society.” Rivka Jacobson, Plays To See.

“Fans of Gilbert and Sullivan’s tricky but topical masterpiece Princess Ida should beat a path to this tiny theatre above the Finborough Arms pub in SW10, as a baker’s dozen of singers and two pianists do it proud.” Tully Potter, Daily Mail.

“It is very rare to see this opera done at all, let alone in such an amusingly professional version” Tully Potter, Daily Mail.

“Gilbert's satire on Darwinian theory, the sex war and female emancipation is as sharp and funny as ever.” Michael Coveney, WhatsOnStage

“This allows us to hear wonderful songs that we would otherwise have missed out on while being extravagantly amused. I highly enjoyed my night out and, based on ticket sales, you had better jump on those tickets or you may have to wait another 20 years to get your chance.” Webcowgirl.

“The wonderful tunes of Sir Arthur Sullivan, the witty and inventive lyrics of Sir William Schwenck Gilbert, beautifully sung by a splendid cast, accompanied by two accomplished pianists. What’s not to like?” Rivka Jacobson, Plays To See.

“All in all, it’s great fun. Call it whatever you like, a romp, a caper, the key thing here is it’s the mischievous Gilbert and Sullivan at their musical prime.” Karl O’Doherty, Bargain Theatre.

“Bridget Costello not only sings beautifully as Ida but gives a subtle acting performance as well, suggesting a layer of self-doubt under the princess's outward confidence.” John Morrison, John Morrison

“Bridget Costello’s Ida is suitably strong in her earnest stance against men while immured in Castle Adamant in charge of a hundred female students. Eventually the actress brings real depth to the anguish she feels as she falls for Zac Wancke’s Hilarion, powerfully evoked in her well-modulated soprano.” Musical Theatre Review.

“It is Simon Butteriss as Ida’s guardian Lord Gama who most grabs the attention. This Gama...has some of Gilbert’s scathingly best material and Butteriss delivers it beautifully managing patter with clear articulation even with a Buck House accent.” Howard Loxton, British Theatre Guide

“Simon Butteriss plays Gama with crisply camp bitterness, every word enunciated and every possible double entendre driven home. A G&S patter man through and though, his attention to detail and quality of performance is glitteringly good.” Musical Theatre Review.

“Best singing, apart from Butteriss, comes from Victoria Quigley advocating the Mighty Must in women's rights, and from Bridget Costello and Zac Wancke ...as the romantic leads.” Michael Coveney, WhatsOnStage

“This is another Finborough musical revival exploring local associations (Gilbert lived nearby), to display how many fine young singers there are on the London theatre scene.” Timothy Ramsden, Reviewsgate.

“The other 11 singers, who impersonate the chorus and the characters remaining after Phil Wilmott’s major rewrite, are excellent.” Tully Potter, Daily Mail.

“[This] intimate staging gives a freshness and directness to these favourite entertainments of our grandparents that can win over audiences who thought them old hat.” Howard Loxton, British Theatre Guide

“Phil Willmott directs the first professional production of Princess Ida in London in 20 years, which is surprising considering the delight that it brings to audiences.” Tina Squatley-Thrust, The Upcoming

“I was more worried beforehand that this might turn out to be a case of unwise updating to bring it into the 21st century, leaving it stranded between two eras. Luckily, it isn't. Wilmott's concept is entirely Victorian and I don't think Gilbert would turn in his grave at any of the changes.” John Morrison, John Morrison

“Princess Ida doesn’t get many outings so well done to the Finborough for imaginative programming. I think, moreover, that WS Gilbert – famously and tetchily intolerant of any directorial interpretation other than his own – might have been pleasantly surprised at how well the piece works in this bijou space with its excellent acoustic and a strongly talented cast of just 13 accompanied on two pianos.” Musical Theatre Review.

“All the ensemble numbers are a rhythmic and melodic joy.” Michael Coveney, WhatsOnStage

The Press on Phil Willmott's Previous Productions at the Finborough Theatre

"This is a brilliant musical...A spectacular triumph” James Hodgson, Everything Theatre on Lost Boy

“Willmott’s production is gripping and pacey” Sam Marlowe, The Times on Loyalties

“Phil Willmott proves why he is one of the most versatile, best and amazingly prolific directors around" The Guardian

"It's hard to top a Phil Willmott show" The Daily Mail

“An exuberant celebration of the irrepressible urge to make theatre” Michael Portillo, The New Statesman on Trelawny

“A serious, stimulating and timely revival.” Paul Taylor, The Independent on The Lower Depths

“An accomplished, intelligent staging.” Sam Marlowe, The Times on The Lower Depths

“Willmott’s sensitive production.” Financial Times on The Notebook of Trigorin

2 hours 30 minutes with one interval

Producer
Presented by The Steam Industry and Szpiezak Productions in association with Neil McPherson for the Finborough Theatre. 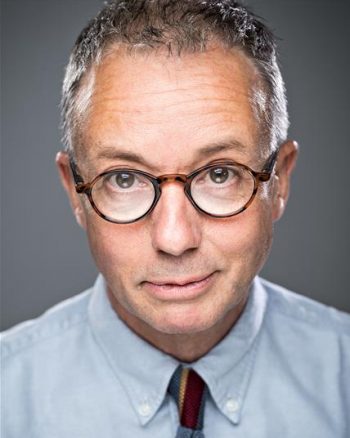 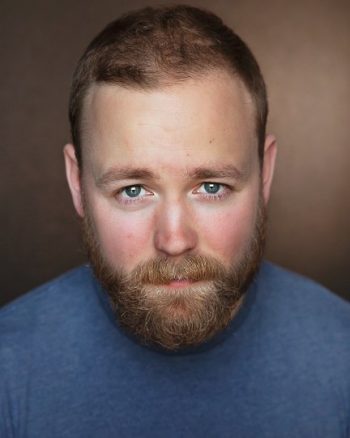 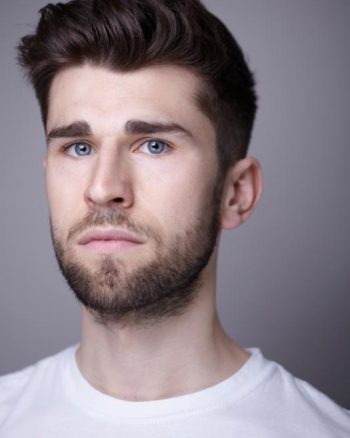 Training at the London College of Music.
Theatre includes Elgar's Light Of Life and The Mikado (Charing Cross Theatre).

2 hours 30 minutes with one interval

A new version of Gilbert and Sullivan's musical comedy