“There’s forty seven houses with their separate stories, we’d like to tell you one before it starts to rain.”

The first professional UK production for more than 30 years

ANDY CAPP THE MUSICAL is now completely sold out for the entire run.

In a production commissioned by the Finborough Theatre, the first professional UK production in more than 30 years of Andy Capp The Musical by Alan Price and Trevor Peacock.

Work-shy Andy squanders his rent money on beer and stumbles home late again. His long suffering missus Flo vows to leave him, but Andy promises his racing pigeons will one day make them a fortune.

A few doors down, innocent young lovers Elvis and Raquel plan their wedding, but will their lives turn out just like Andy and Flo? Not if Raquel’s mother, Mrs Scrimmett, has anything to do with it…

With Alan Price’s bouncy rhythms and Trevor Peacock’s razor sharp lyrics, this rediscovered British musical is a warm-hearted look at relationships and the simple pleasures in overcoming life’s obstacles – guaranteed to stamp a smile on your face.

Andy Capp The Musical premiered in 1982 at the Royal Exchange Theatre, Manchester, and then transferred to the West End, where it was nominated for the Olivier Award for Musical of the Year. Tom Courtenay starred as Andy and Alan Price, the show’s composer and former keyboardist for the popular band The Animals, played the role of Geordie.

Author of the book and Co-Lyricist Trevor Peacock is best known for his acting work on screen, most notably as Jim Trott in the BBC’s long-running sitcom, The Vicar of Dibley. He started his writing career penning songs for popstars Adam Faith, Billy Fury and Joe Brown. His biggest hit was the 1960s classic Mrs Brown, You’ve Got a Lovely Daughter, recorded by Herman’s Hermits. Trevor Peacock went on to write the lyrics for shows including Passion Flower Hotel (1965), Saturday Night and Sunday Morning (1966) and Erb (1970). He wrote a series of musicals for the Royal Exchange Theatre, Manchester – Leaping Ginger (1977), Cinderella (1979), Class K (1985) and Jack and the Giant (1986).

Composer and Co-Lyricist Alan Price is best known as keyboardist for the 1960’s rhythm and blues band, The Animals. The group found international acclaim with hit songs House of the Rising Sun, Don’t Let Me Be Misunderstood and Bring It On Home To Me. He went on to front his own band The Alan Price Set, recording hit singles I Put a Spell on You and Hi Lili Hi Lo. Alan later reached the top ten UK album chart with his highly acclaimed album Between Today and Yesterday, featuring 'Jarrow Song'. For Cinema, Alan wrote the music for films O Lucky Man (1973) winning a BAFTA award for Best Film Music and Golden Globe Award nomination for Best Original Score, Britannia Hospital (1982) and The Whales of August starring Bette Davis (1987). He continues to tour with his band, playing regularly at The Bull’s Head in Barnes, London.

Designer Bex Kemp trained at the Royal Central School of Speech and Drama on the Design for Stage course. She works as a freelance set and costume designer. Designs include F*ck The Polar Bears (Bush Theatre), Othello (Greenwich Theatre and UK Tour), About Miss Julie (King's Head Theatre), As You Like It (Royal Shakespeare Company at The Dell for Bristol Shakespeare Festival), Our Space (Lost Theatre) and Kleinkunst 3 (Roundhouse). Design assistance for Miriam Buether includes The Haunting of Hill House (Liverpool Playhouse), The Trial, The Government Inspector (The Young Vic), Boris Godunov (Royal Opera House, Covent Garden), Chariots of Fire (Hampstead Theatre), Decade (Headlong), Carmen (Salzburg Festival at Teatro Real). Other design assistance includes The Boy Who Climbed Out Of His Face (Shunt), Sleeping Beauty (Salisbury Playhouse) The Bodyguard (Adelphi Theatre) and The Duchess of Malfi (Punchdrunk).

About The Musical Director Tim Shaw

In 2006, the Finborough Theatre began the Celebrating British Music Theatre series with a sell-out production of Leslie Stuart’s Florodora. Productions since then have included sell-out rediscoveries of Lionel Monckton’s Our Miss Gibbs, Harold Fraser-Simson’s operetta The Maid of the Mountains, A "Gilbert and Sullivan" Double Bill featuring Gilbert’s play Sweethearts and Sullivan’s opera The Zoo, Dame Ethel Smyth’s opera The Boatswain’s Mate, Sandy Wilson’s The Buccaneer, Oscar Asche’s Chu Chin Chow, Leslie Bricusse and Anthony Newley's The Roar of the Greasepaint – The Smell of the Crowd, Ivor Novello's Perchance to Dream, Gay's The Word (which transferred to Jermyn Street Theatre, and has been released on CD), and Valley of Song (released on CD), Gilbert and Sullivan's The Grand Duke, Edward German's Merrie England, Paul Scott Goodman's Rooms: A Rock Romance, Phil Willmott's Lost Boy (which transferred to Charing Cross Theatre), Craig Adams and Nona Sheppard's Thérèse Raquin (which transferred to the Park Theatre and has just been recorded for CD), Rutland Boughton's 1914 "music-drama" The Immortal Hour, Julian Slade and Dorothy Reynolds' Free As Air and Gilbert and Sullivan's Princess Ida.

The Press On The Original Production

“Lively, free-spirited show…sends you out with a warm satisfied glow” The Daily Mail

The Press On Andy Capp The Musical

“The Finborough Theatre is known for rediscovering neglected works and celebrating British musical theatre. Its current production of Andy Capp – The Musical does both.” Lily Hayes, Everything Theatre

“You can always rely on Neil McPherson’s adventurous Finborough Theatre to pull an unexpected rabbit out of the hat.” Nick Smurthwaite, The Stage

“This revival of Alan Price and Trevor Peacock’s musical is the first professional production in more than 30 years - and it was worth the wait.” Sean Garnett, The Mirror

“Even those who, like me, have no previous knowledge of the comic strip before watching are guaranteed to enjoy it.” Lily Hayes, Everything Theatre

“Incredibly amusing...I do hope this show transfers or at least finds itself back at the Finborough at some point – it deserves a much larger audience and many more performances.” Chris Omaweng, London Theatre 1

“A warm, witty and entertaining look at the life of a man locked in an inescapable bubble surrounded by a few friends, relatives and enemies, including the rent man, trying to get by in the world without having to work, pay bills, cook, decorate or buy a round. All while managing to spend most of his time sozzled in the pub, blowing his wife’s cash in the bookies and wistfully waiting for those pigeons to come home in record time to land him some dough.” Sean Garnett, The Mirror

“There is much to enjoy here, from Chris Cuming’s space-defying choreography to an endearing performance from Terence Frisch.” Scott Matthewman, Musical Theatre Review

“It has charm to spare.” Scott Matthewman, Musical Theatre Review

“There are many great songs throughout (all written by Alan Price, with lyrics co-written by Price and Peacock), from the comedic ‘O Gawd Men… Beasts!’ to the lyrically romantic ‘I Could Not Have Dreamed Him’, which in the hands of Tori Hargreaves’ Raquel feels like a love ballad that should have broken out from the confines of its origins.” Scott Matthewman, Musical Theatre Review

“The music is upbeat and catchy, and the quality of the tracks and singing certainly belong into the West End. The lyrics are entertaining and poignant.” Lisa Downey-Dent, West End Wilma

“The same musical has been in London’s West End after moving from The Royal Exchange Manchester in 1982. Maybe it should come back and with this cast it could.” Penny Nair Price, Church of England Newspaper

“The comedy highlight of this performance is provided by Paddy Navin and Terence Frisch, who play Raquel’s parents Mr and Mrs Scrimmett.” Sean Garnett, The Mirror

“Andy is played by the vastly experienced Roger Alborough (Buddy, Jailhouse Rock and Annie Get Your Gun to name but a few other stage shows that sit alongside an impressive screen CV) who effortlessly slips from boozed-up loveable rogue to hungover loser, eternal optimist, empty pessimist and obnoxious husband.” Sean Garnett, The Mirror

“Along with my Andy Capp co-writer Lawrence Goldsmith, we both feel close to the rogue that is Andy. That night, we felt even closer as we could feel his breath and see every twinkle in his eye while he cavorted just feet away from us in this tiny but cosy theatre.” Sean Garnett, The Mirror

“My favourite of the lot was Geordie (David Muscat), doubling up as the show’s narrator, with such a witty and observant disposition. Rather like Che in Lloyd Webber’s Evita, it’s a great role in the right hands, and Muscat comes up trumps.” Chris Omaweng, London Theatre 1

“The number of actors from the original production hasn’t been cut down, which makes for group numbers that are high in energy.” Lily Hayes, Everything Theatre

“The cast create a feeling of warmth and jubilation throughout. All in all a worthwhile show, whether you’re a hardcore Andy Capp follower or a complete novice.” Lily Hayes, Everything Theatre

“Tim Shaw as musical director on keyboards that carries the music for the most part, and very deftly too.” Chris Omaweng, London Theatre 1

“Jake Smith's witty production on the tiny Finborough stage gives it plenty of warmth, and a versatile cast frequently double as actor-musicians to give the two-person band added heft.” Mark Shenton, The Stage

“Kudos to the cast and creatives of this production of Andy Capp The Musical, who haven’t cut down on the number of actors playing all the parts required for an undiluted, full-bodied complete non-adaptation of this Eighties musical, whose music is styled in a sort of cross between ‘Madness’ and Victorian music hall.” Chris Omaweng, London Theatre 1

“Dipping into the social and domestic issues of working class life in a northern town, the audience is drawn into a host of emotions ranging from delight to despair and shame to shock with laughter.” Sean Garnett, The Mirror

“There are many great musical numbers. Good Old Legs and O Gawd, Men … Beasts! are particularly highlights, as well as the more sombre When You’ve Lived in Love With Someone.” Lily Hayes, Everything Theatre

Productions at the Finborough Theatre include Chicken Dust.

Trained at the Central School of Speech and Drama. 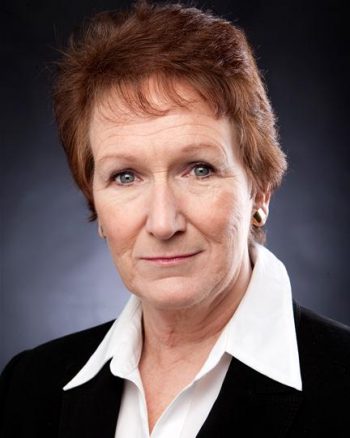 Productions at the Finborough Theatre include The Police.

Television includes The T-Boy Show and The Last Leg.

Productions at the Finborough Theatre include Chicken Dust and We Know Where You Live.

Trained at the Guildford School of Acting.

Television includes Red Dwarf, Drifters and Grandpa in My Pocket.

Television includes My Life in Film and The Inquisition.

Theatre includes Peter Pan, Twelfth Night (National Tours), The Government Inspector (Arc Theatre, Stockton, and Newcastle Theatre Royal), The Wave (International Tour), The Diary of Anne Frank (Upstairs at the Gatehouse) and Don’t Walk About with Nothing On (Bridewell Theatre).

Film includes The Boy Who Saw Red and Psyche.

Trained at the Guildford School of Acting.

Trained at the Oxford School of Drama.