Devised and Directed by Catherine Harvey

“Passion has left its mark on this place...”

The Finborough Theatre’s new digital initiative #FinboroughFrontier begins with a celebration of the vivid history and personalities of Earl’s Court featuring poetry, prose and music, filmed in and around the local area.

There’s a room for rent in the Earl’s Court area. With original features and a bohemian feel, the rent is reasonable and location ideal. Will you rent the room?

Walk with us in verse and song, guided by your future Landlady, and take in the spirit of Earl’s Court. Encounter its revolutionaries, poets, musicians and dancers. Its wartime and sporting heroes, inventors and romancers. Get to know your neighbours and their fetishes. And when day falls into night, witness our humanity – and the ghosts that haunt the place.

From the music hall to the coffee house, past and present collide as Rhyme & Reason trace the echoes left by those who lived, died or were buried in the Earl’s Court area. Those featured include children’s writers Mary Louisa Molesworth, and Beatrix Potter who was inspired by her walks in Brompton Cemetery to create some of her best-loved characters; Sir Henry Cole, founder of the V&A and Prince Albert’s right hand man in the creation of the 1851 Great Exhibition at the Crystal Palace; James Bohee, a Canadian banjo player of Caribbean descent who introduced Victorian audiences to black American music and tutored the future King Edward VII;  John Wisden, the founder of Wisden Cricketers’ Almanack; music hall singer Charles Coborn; universal suffrage campaigner Emmeline Pankhurst; and poets Ivor Gurney, Jean Ingelow, who came close to becoming our first female Poet Laureate in 1896, and Henry Austin Dobson (commemorating the centenary of his death in 1922) – whose good friend Lewis Carroll often came round to visit…

#FINBOROUGHFRONTIER
During lockdown, our acclaimed #FinboroughForFree series released monthly free-to-view archive recordings and  original online content including new plays, rediscoveries, a community festival, and the Finborough Forum, our invitation-only group for theatre creatives. Our online work saw us awarded London Pub Theatres’ Award for Pub Theatre of the Year 2020, and our web series Late Night Staring At High Res Pixels won London Pub Theatres Standing Ovation Award for Best Online Theatre 2021.
We strongly believe that online work is an exciting new complement to our work, and are anxious to explore this new medium, embracing anything that can be presented digitally including film, livestream, audio, and hybrid. We are especially keen to develop digital work to increase our international engagement, and also to ensure that our work is truly available for everyone, especially those who cannot easily access our auditorium.
From January 2022, we will be continuing our online work under a brand new name – #FinboroughFrontier, curated by Artistic Director Neil McPherson and Playwright-in-Residence Athena Stevens. All our online content will remain – as it was throughout lockdown – entirely free to view, and also be available in a subtitled version.

An Earl’s Court Miscellany will be available to watch FREE-TO-VIEW on the Finborough Theatre YouTube channel from Friday, 28 January 2022 at 6:00pm to Friday, 25 February 2022 at midnight, and showing concurrently with subtitles on Scenesaver.

Actor, writer and director Catherine Harvey is Artistic Director of Rhyme & Reason. Catherine directs and curates Rhyme & Reason’s shows, drawing on the work of both popular and less well-known poets, as well as music and song. As an actor, she has worked in venues including the Finborough Theatre, the Bush Theatre, Arcola Theatre, the Orange Tree Theatre, Richmond, and Clwyd Theatr Cymru. As a playwright, she has had work performed at venues including Bolton Octagon Theatre, the Bush Theatre, Arcola Theatre, Soho Theatre, the Old Red Lion Theatre, Theatre503, Morden Hall Park, the 24:7 Theatre Festival, Manchester, and Pleasance Edinburgh. As a director, she has worked on new writing at the Bush Theatre, Hampstead Theatre, Soho Theatre, The Cockpit, 24:7 Theatre Festival, Manchester, and Pleasance Edinburgh, as well as working with comedians who have performed at the Camden, Brighton, Melbourne and Edinburgh Festivals, and on national and international tours – including stand-ups Mary Bourke (Best of Irish, Time Out Critics Choice), Sajeela Kershi (Asian Woman of the Year - Arts and Media, The Times Top 6 Female Acts), Funny Women winner Suzy Bennett (Time Out Top 10 Acts to Watch) and Louise Mai Newberry aka ‘Precious Jade’ (WOW at South Bank Centre and Yellow Earth’s Dim Sum Nights). Catherine is also series producer of Radio 4’s long-running poetry series Tongue and Talk: The Dialect Poets (produced by Made in Manchester), which has travelled as far afield as Aberdeenshire, Northern Ireland, South Wales and the Forest of Dean, seeking out wonderful poetry written in local dialect. Tongue and Talk has frequently featured on Radio 4’s Pick of the Week and been chosen as pick of the day in a range of newspapers – including The Guardian, The Times and The Daily Mail – and even mentioned in the Manx Parliament, Tynwald.

The poetry performance group Rhyme & Reason was co-founded by actors and poetry enthusiasts Catherine Harvey, Jonathan Cullen and Peter Kenny under the mentorship of the late Clive Swift to create bespoke live poetry events. The group’s rolling membership includes actors who have worked in the West End, Royal Shakespeare Company and National Theatre, as well as contributing to Arts programmes on Radio 3, 4 and the World Service. Catherine Harvey is the current Artistic Director, devising and directing their frequently sold-out shows, which the group have performed at venues as diverse as Dr Johnson’s House, the Poetry Café, St Mary’s Church, Bow, and the Tristan Bates Theatre. When Covid hit, Rhyme & Reason took their work online, with Zoom performances that have been watched as far afield as Newfoundland, Japan and the Isle of Man.

About Director of Photography and Assistant Director Erica Miller

Director of Photography and Assistant Director Erica Miller trained at the Young Vic and StoneCrabs Theatre. Theatre direction includes Stray Dogs (Bread and Roses Theatre and Brighton Fringe), Tell It Slant (Hope Theatre), The Lying Kind, Radiant Vermin and Shorties (Ramjam Records), Patience (Black Lives, Black Words at the Bush Theatre), Ashes of Roses and A Poison Tree (The Miniaturists at the Arcola Theatre), The Job and Treading Water (Pleasance Edinburgh) and Meat (Bush Bazaar at the Bush Theatre). Film direction includes A Night of Dogs, A Stepmother Speaks, A Door, A Coin In Somebody Else’s Pocket and two award-winning shorts, Control and ScreenTime. She is co-artistic director of Roguegunners Productions and Merry Spinsters Theatre Company.

Trained at Birmingham School of Speech and Drama.

Theatre includes Romeo and Juliet and Macbeth (Gateway Theatre, Chester), Into the Woods (Birmingham Hippodrome), The Magic Flute and The Green Wolf (Liverpool Playhouse), 23 Songs for a Madwoman and One Million Tiny Operas about Britain (Ensemble 10/10 and The Royal Liverpool Philharmonic Orchestra), The Ballad of Baby Doe (Bridewell Theatre) and Girls’ Night Out (Warehouse Theatre).

Radio includes The Hear and Now Show and Tongue and Talk: The Dialect Poets. 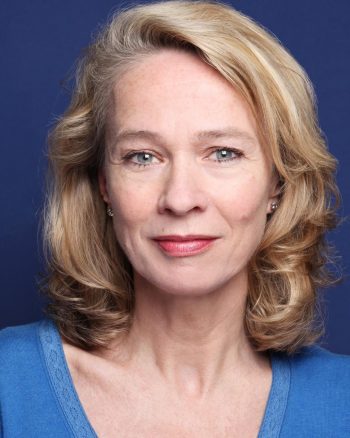 Film includes Excursion, Our Communist Life, Seven Lucky Gods and A Nightmare on your Street.

Trained at Morley College and The Bridge Theatre Training Company.

Film includes The Writers Group, Die With Me, Chosen, The Last Days of Jack Sheppard, Um Vegetariano ala Brasileira, Ken Russell’s A Kitten For Hitler, The Heavy, Khuda Ke Liye (In The Name Of God) and Guiana 1838 (Best Film - Belize International Film Festival).

Television includes The Towers, Charlie, Bedlam, Great Battles - The Battle of the Bulge, Turner - Simon Schama's Power of Art and Scandal in Bohemia.

Productions for the Finborough Theatre include Quality Street, 17 and Unburied as part of Vibrant – A Festival of Finborough Playwrights.

Television includes Murder on the Blackpool Express, Tommy and Tuppence - Partners in Crime, Holby City, Safe House, Restless, Emmerdale, Where the Heart Is, Casualty, Judge John Deed, A Wing and a Prayer and Red Dwarf.

Radio includes Tongue and Talk: The Dialect Poets, Pandemic 1918, Colomendy: A Rite of Passage, Witness: The Last Keeper of the Light, Poetry Please, Words and Music, The Verb, Night Waves, With Great Pleasure, Orchestra Paloma, Artists With Designs, 43 Years in the Third Form, Hans Christian Andersen, and Bangers and Mash.

Television includes A Dance to the Music of Time, Law and Order, Lucan, Lewis, Wallander, Poirot, Doll and Em, Victoria, Patrick Melrose, Women on the Verge and The Pursuit of Love.

She is a winner of the Carleton Hobbs Award for Radio Drama.

Film includes A Universe Apart, Off the Coast and Professional Foul.

Trained at Guildhall School of Music and Drama.

Lesley is a prolific songwriter and performs her own song ‘Neighbours’ in An Earl’s Court Miscellany.

Trained at University of the Witwatersrand, Johannesburg.

Elaine is Artistic Director of the audio production company Voice Business whose radio plays include Portrait of Doom in the Young Poland Exhibition at the William Morris Gallery.

Devised and Directed by Catherine Harvey