“We can’t understand everything. It’s no good trying to puzzle it all out. We must just have faith – that’s all. Just have faith.”

Ulster in the 1880s. John Ferguson lives by the word of God, and believes there is a reason for everything. His wife, Sarah, lives by the earthly reality around her. The Ferguson family are on the brink of eviction from their farm when a local man makes a proposal that could be the answer to their prayers. But as a series of devastating events unfold, the Fergusons find themselves tested to their limits…

Set in a rundown farmhouse in County Down, John Ferguson was first performed at the Abbey Theatre, Dublin in 1915, establishing Ervine as one of Ireland’s greatest writers. The play was subsequently performed in 1919 at The Theatre Guild in New York where it was originally scheduled for just five performances – it eventually ran for more than 130, putting the Guild on the Broadway map and saving it from bankruptcy. It was last produced in England by Nigel Playfair at the Lyric Theatre Hammersmith in 1920.

About The Playwright St John Ervine

Playwright St John Ervine (1883-1971) was a dramatist, novelist, biographer and critic. A protestant, born in East Belfast, he was for a time an unlikely choice as Literary Manager at the Abbey Theatre, Dublin, under W.B. Yeats, where John Ferguson was first produced in 1915. His many other plays include Mixed Marriage (1911), Anthony and Anna (1926), The First Mrs. Fraser (1926) and Boyd’s Shop (1939). In later life, Ervine turned his back on Ireland and its politics, and moved to England where he became a noted drama critic for The Observer and The Morning Star, as well as a novelist and a biographer of both Oscar Wilde and Bernard Shaw.

About The Director Emma Faulkner

The Press on John Ferguson

“The tiny Finborough Theatre has a reputation for resurrecting forgotten plays and making them seem essential. It has succeeded with John Ferguson, which hasn’t had a professional production for a hundred years. It’s terrific.” Peter Graystone, Church Times

“This latest revival by the Finborough of an undeservedly forgotten classic offers a rare opportunity to see a long-neglected masterpiece of Irish theatre; a family tragedy of crippling debt and financial exploitation to which modern times have given a new relevance and meaning.” Sarah Marsh, WhatsOnStage

“This is the second Ervine play that has been put on [at the Finborough Theatre] in recent years and on this evidence you hope there are more rediscoveries to be made. Cleverly directed and well performed, with a tragic and moving momentum, this is an outstanding production of a powerful work.” Robbie Lumsden, Bargain Theatreland

“If you want to understand the Ulster Protestant ethos, you could do worse than watch this 1915 play by the Belfast-born St John Ervine. …It offers a powerful portrait of the strengths and weaknesses of an iron faith and is proof that Ervine, who went on to become The Observer's theatre critic, was a natural dramatist….There is something of real substance in a play that shows how, in a religious culture, biblical texts can be used either to vindicate or deplore acts of class revenge.” Michael Billington, The Guardian

“The production is a small miracle….A Unionist counterpart to the Republican Dubliners of Juno and the Paycock.” Alan Franks, LondonTheatre1.com

“Simply set and passionately acted, the play is a moral thriller….Apparently the production was under-cooked on press night and newspaper critics were tentative. By the time I saw it three nights later it had played in and the audience was completely gripped. Honestly, a rock would have wept.” Peter Graystone, Church Times

“This production suggests that 19th century-style melodrama can still carry power if played with full faith in the genre and the emotional reality.” Gerald Berkowitz, The Stage

“The small and select cast of seven all give strong performances.” Sarah Marsh, WhatsOnStage

“Ciaran McIntyre's Ferguson suggests a piece of crumbling granite, Veronica Quilligan is all silvery vehemence as his wife.” Michael Billington, The Guardian

“There is strong support from Veronica Quilligan as his wife, Zoe Rainey as his daughter and David Walshe.” Gerald Berkowitz, The Stage

“Director Emma Faulkner uses a traverse format, which raises the stakes by enabling you to watch those nosey onlookers just as if they were importunate neighbours – and you yourself no better.” Alan Franks, LondonTheatre1.com

“The direction from Emma Faulkner keeps this Irish classic fresh and though we’re clearly in a different era during the play, the story doesn’t feel dated. Passion fuels this piece and it’s portrayed by everyone involved.” The Good Review

“Yet for all that could make this archaic, under Emma Faulkner’s direction, what is uncovered here isn’t a dusty museum piece but a moving and truthful drama.” Robbie Lumsden, Bargain Theatreland

The Press on Director Emma Faulkner

“Urgent … and so well performed that it should not be missed” ★★★★★ Five Stars, WhatsOnStage on After the End

“Dennis Kelly’s script is realized skillfully here … an absorbing and sharply delivered exploration of human behaviour pushed to extremes” ★★★★ Four Stars, The Independent on After the End

“A fine production” ★★★★ Four Stars, The Scotsman on After the End

“A pleasure… Faulkner has polished it up nicely, too...sustaining the serio-comic mood right up to the hilariously blithe, cynical ending.” The Times on The Ruffian on the Stair

“Worth crossing London to see.. played with such finesse” British Theatre Guide on The Ruffian on the Stair

The Press on St John Ervine's Mixed Marriage, Rediscovered by the Finborough Theatre in 2001

"Not for the first time, one looks to the Finborough to come up with the most compelling play in London... It has a raw, visceral power.” Michael Billington, The Guardian

“Not for the first time, the Finborough demolishes the myth of twentieth century British theatre being an effete wasteland pre-'Look Back in Anger', with the first revival in 90 years of this domestic tragedy by St John Ervine... A lean, potent drama that does not deserve to be forgotten.” Andrzej Lukowski, Time Out

“No Irish play in recent months has given me more pleasure than this revival of a forgotten piece by St John Ervine. Written in 1911, long before the Belfast-born Ervine became drama critic of the Observer, it offers an urgent, powerful and still-topical account of the destructive impact of religious sectarianism on family life.” Michael Billington, The Guardian

“The Finborough have billed their latest show as a "rediscovery" – and what a good one it proves to be.” Alex Packer, WhatsOnStage

“Anyone who believes issue-based political dramas only arrived in the 1970s will be shocked by Mixed Marriage, St. John Ervine's tragedy unearthed by the unstintingly enterprising Finborough Theater. Premiered in 1911 at Dublin's Abbey Theater and unseen in London in 90 years, it presents a plea for tolerance amid religious sectarian violence and embeds it into a family drama.” David Benedict, Variety

“A bruiser of a play; one that grabs you by the collar and simply shakes for an hour and twenty minutes.” Matt Trueman, Carousel of Fantasies “Ervine's 1911 portrayal of a pre-partition Belfast working class ripped apart by religious conflict and mutual mistrust is powerful stuff, couched in startlingly modern language.” Andrzej Lukowski, Time Out

“It also anticipates Sean O'Casey in showing...that women were models of pragmatic endurance in an Ireland being destroyed by headstrong men.” Michael Billington, The Guardian

“The Finborough Theatre – true to its tradition – must be praised for bringing forward another neglected play by a well known playwright.” Shaun Traynor, The Irish World

Two hours and fifteen minutes with one interval

Producer
Presented by Lightbox Theatre in association with Neil McPherson for the Finborough Theatre. 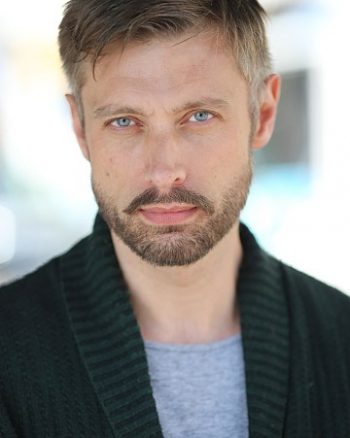 Productions at the Finborough Theatre include Drama at Inish and A Life.
Trained at the Royal Scottish Academy of Music And Drama.
Theatre includes Sleeping Beauty Insomnia (National Theatre of Scotland), Sex, Chips And The Holy Ghost, Westenders, An Apple a Day, What the Neighbours Say and Clara, One Man Show (Òran Mór, Glasgow), Flashpoint, Entre-Deux-Mers (Citizens Theatre, Glasgow), By The Seat Of Your Pants (Plutot La Vie), The Breathing House and The Other Side of Conflict (Tron Theatre, Glasgow), The Weir (National Tour), Shining City (Rapture Theatre, National Tour) and The Psychic Detective (National Tour) and A Mobile Thriller (Traverse Theatre, Edinburgh) which won a Herald Angel Award.
Film includes A Map With Gaps.

Two hours and fifteen minutes with one interval