“When I looked up, I saw him. Burnt orange, bright against the summer woods. He stood grandly on all fours, the King.”

Charlie has stopped sleeping. His neighbour’s cat has been dismembered. And worse, he’s being haunted by an urban fox. In a haze of neon-soaked insomnia, lines blur between reality and fantasy. What are they up to? Whatever it is, it’s big. The mystery twists its way towards a dead rabbit, a city in flames and a Kendal mint cake fuelled murderous showdown.

An exhilarating theatrical journey performed with a live electronic score, Run The Beast Down is a boundary-pushing hybrid piece of theatre and music, combining elements of storytelling, dark comedy and magical realism with a pulsing soundtrack.

Run The Beast Down is Titas Halder’s first full length play. It will be directed by Hannah Price, founder of Theatre Uncut and director of the critically acclaimed Boa (Trafalgar Studios), starring Dame Harriet Walter and Guy Paul.

About the Playwright Titus Halder

Playwright Titas Halder is a writer, director and musician. He trained on the Donmar Warehouse Resident Assistant Director Scheme, on the Finborough Theatre Resident Director Programme, and the Royal Court Theatre Young Writers’ Programme. Previously Associate Director at the Tricycle Theatre, Resident Assistant Director at the Donmar Warehouse, Creative Associate at the Bush Theatre and Literary Associate at the Finborough Theatre. Run The Beast Down is his first play. His second play Escape The Scaffold will be produced at Theatre 503 and The Other Room in Spring 2017.

About the Director Hannah Price

The Press on Director Hannah Price

“The dramatized flashbacks registered with admirable lightness of touch by Hannah Price’s uncluttered, nimble production” ★★★ The Independent on Boa

“Directed with daring by Hannah Price, a comic treat” ★★★★ The Observer on The Dead Monkey

“Theatre Uncut isn’t just a performance, it’s an idea: that theatre can be immediately responsive to the world’s events” Lyn Gardner, The Guardian on Theatre Uncut

The Press on Run the Beast Down

“Run the Beast Down, the debut play from writer, director and musician Titas Halder, is a bewildering, kaleidoscopic tale of an impressionable young man gradually losing his sanity, realised with compelling intensity by director Hannah Price and sole star Ben Aldridge.” Fergus Morgan, The Stage

“A trip worth taking down the foxhole.” Paul Ewing, Paul in London

“A keen naturalistic spark that blends well with the surreal text.” Joe Weinberg, View From the Cheap Seat

“Smart and fiendishly simple in its design and execution, but it packs a powerful punch.” Stephen Collins, Live Theatre

“Bold and atmospheric.” Joe Weinberg, View From the Cheap Seat

“A real flair for rhythmic organisation and shifts of tone.” Paul Taylor, Independent

“The music, lighting and performance come together as a breathtaking spectacle of fear and craziness in the city.” Paul Ewing, Paul in London

“Halder’s language and narrative is given chilling and remarkable life through Ben Aldridge’s committed and quite compelling performance.” Stephen Collins, Live Theatre

“Titas Halder has marked himself out as a major talent to watch.” Mike Shaw, The Void

“This has thrown Halder into the scene as someone with tremendous promise.” Matt Breen, Time Out London

“There are spells of virtuoso writing.” Gary Naylor, Broadwayworld.com

“The most remarkable aspect of this entire production, directed by Hannah Price, is the originality of Aldridge’s performance.” Dan English, The Reviews Hub

“There are moments of real horror portrayed successfully by Aldridge.” Dan English, The Reviews Hub

“Aldridge is superb, walking the tightrope between sympathy and surreality for 90 breathless minutes.” Fergus Morgan, The Stage

“Aldridge not only creates a meaningful character in Charlie, but also exhaustingly presents the array of individuals that interact with the protagonist in his daily life.” Dan English, The Reviews Hub

“A talented lead and smart production.” Joe Weinberg, View From the Cheap Seat

“Aldridge holds your attention throughout.” Paul Ewing, Paul in London

“Aldridge, naturally, who holds it all together with a multi-stringed performance that encompasses paranoid rambling to the ungodly screeching of his vulpine nemesis.” Matt Breen, Time Out London

“The presence of an on-stage DJ, Chris Bartholomew, provides a fabulous soundtrack which for a small venue, really adds to the experience.” Extraordinellie

“A thrilling and pulsating soundtrack by Chris Bartholomew.” Paul Ewing, Paul in London

“Hannah Price’s production is stripped back and full of postmodern styling.” Matt Breen, Time Out London

“The combination of the lighting and the music gives the whole production the feeling of a particularly vivid dream.” Kate Evans, Kate’s Culture

“A captivating soundscape that adds an excellent texture to Charlie’s narrative.” Joe Weinberg, View From the Cheap Seat

Producer
Produced by Libby Brodie Productions and The Marlowe Theatre in association with Neil McPherson for the Finborough Theatre. 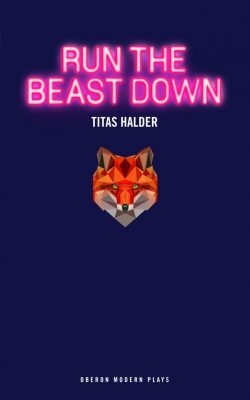 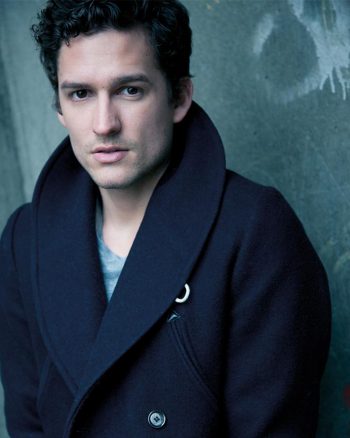 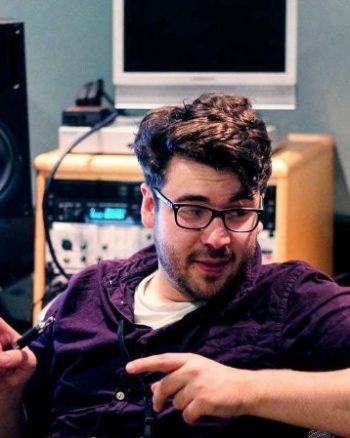 Chris is a sound designer and composer based in South London.
Trained in Electronic Music at Guildhall School of Music and Drama. Chris has created sound and music for various productions by Theatre Ad Infinitum including Light (Edinburgh Festival, London International Mime Festival and International Tour) and Bucket List (Edinburgh Festival, BAC and National Tour).
Theatre includes Grounded (Park Theatre), Shooting With Light and Voyager (New Diorama Theatre and National Tour).
As a composer, Chris works with a blend of acoustic and electronic. He has been commissioned to write for stage, screen, orchestra and helipad, including Lead Composer for Mozart Remixed, a long running collaboration between the London Mozart Players and Croydon Council, culminating in a performance of two remixed symphonies performed in St Thomas’s Cathedral for the Portsmouth Festivities.
Chris has also worked as a DJ in venues including Egg, Pacha London and Koko Camden, amongst others. 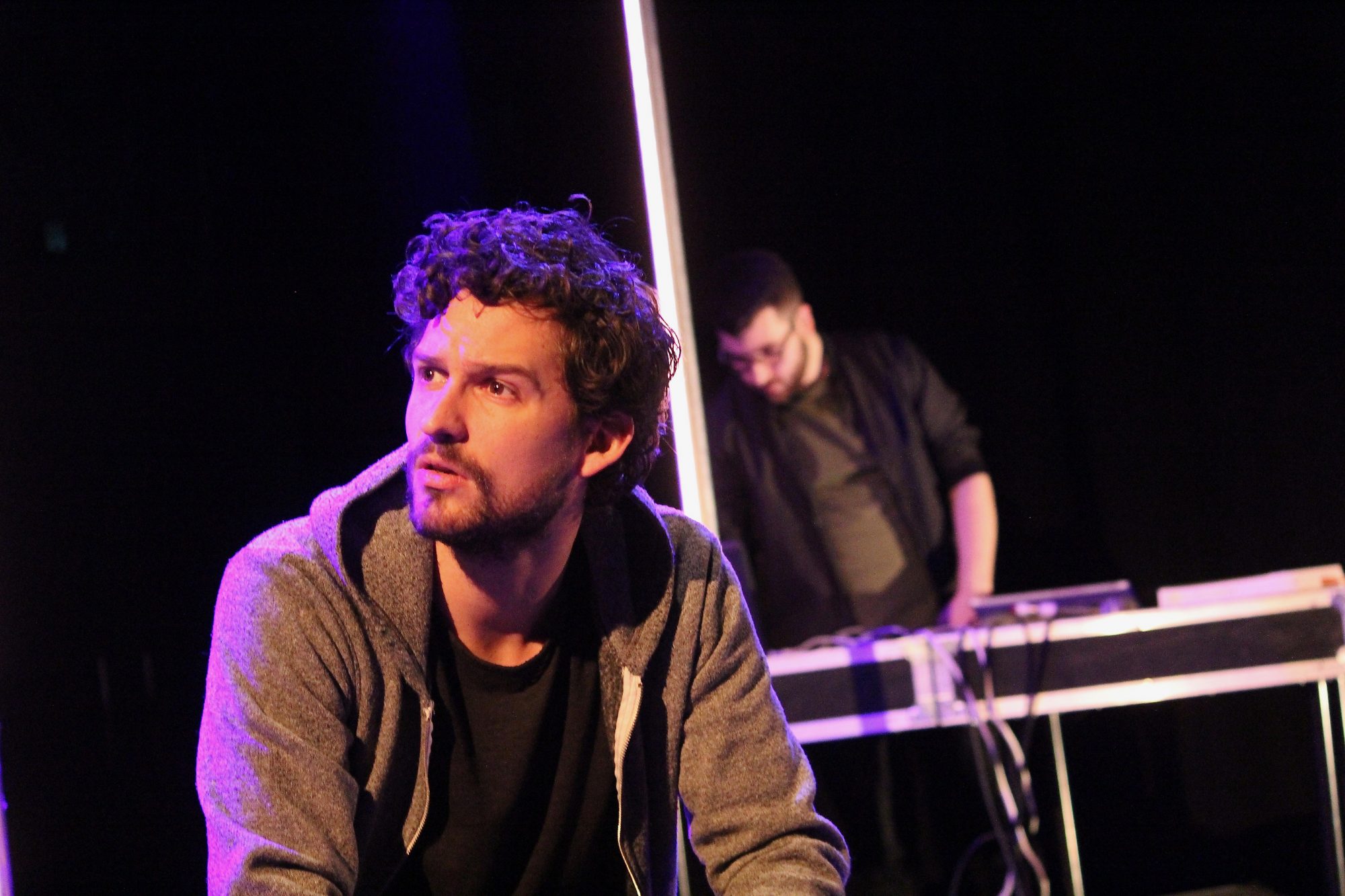 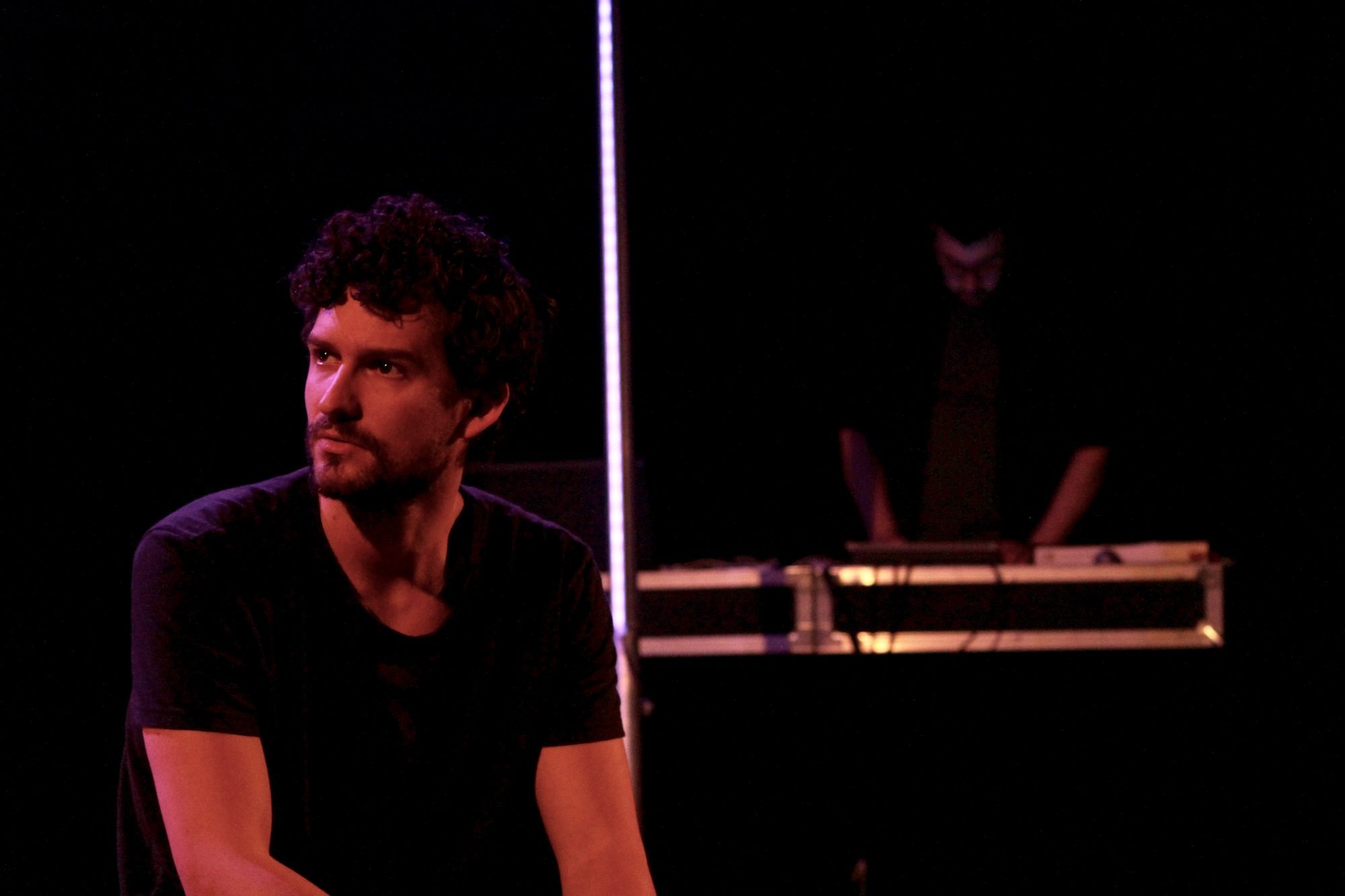 Run the Beast Down