“If you take God away, the world is no less horrible”

The European premiere of the acclaimed Off-Broadway play

The European premiere of a new play by the acclaimed American playwright Keith Bunin in his UK debut, The Busy World is Hushed.

Hannah, a widowed Minister and Bible scholar, finds her faith at odds with that of her long estranged gay son, Thomas. She has recently hired an inquisitive young writer, Brandt, to assist with her book about a newly discovered manuscript that appears to be a lost gospel, one that may predate those in the Bible itself. As she notices the chemistry brewing between Brandt and her son, she decides to risk all on an unconventional opportunity for reconciliation that has unexpected consequences for all three of them.

Originally premiered at New York City’s Playwrights Horizons, The Busy World is Hushed examines – with wisdom, humour and insight – the contradictions we find in our faith, our families and ourselves…

About the Playwright Keith Bunin

Playwright Keith Bunin’s other plays include The Credeaux Canvas and The World Over (Playwrights Horizons), 10 Million Miles (Atlantic Theatre Company), Sam Bendrix at the Bon Soir (La Jolla Playhouse and City Theatre), Vera Laughed (New York Stage and Film), The Principality of Sorrows (Pure Orange Productions), The King of Clocks, (Lincoln Center Lab) and A Joke (Malaparte). Television includes In Treatment (HBO). Film includes Horns, starring Daniel Radcliffe. His essays have been published in American Film Magazine and on the web at McSweeney's. He received his B.A. from Goddard College and his M.A. from Columbia University.

About the Director Paul Higgins

Producer
Presented by Arsalan Sattari Productions in association with Neil McPherson for the Finborough Theatre.

Trained at Mountview Academy of Theatre Arts where he was the recipient of the 2015 Gyearbour Asante Prize for Acting.
Theatre includes Four Play (Theatre503), The Last Days of Troy (Shakespeare’s Globe), Three (Hen and Chickens Theatre) and Karagula, Her Naked Skin and As You Like It (Mountview Academy of Theatre Arts).
Television includes Our Girl and Doctors.
Radio includes being a finalist for the BBC Carleton Hobbs Bursary Award. 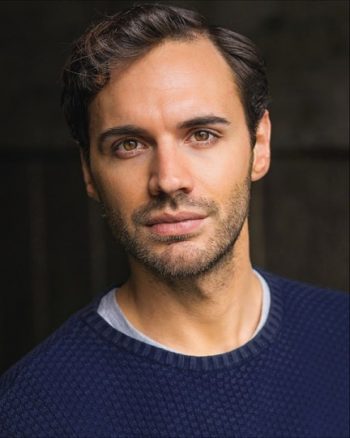 Productions at the Finborough Theatre include After Orlando International Theatre Action as part of Vibrant 2016 – A Festival of Finborough Playwrights.
Trained at the Arts Educational London School of Acting. Theatre includes Angels in America and Three Days in the Country (National Theatre), The Drowned Man and A Hollywood Fable (Punchdrunk and National Theatre), Shock Treatment (King’s Head Theatre), Alice: A New Musical and California Suite (St. James Theatre), Scenes From 68* Years (Arcola Theatre) and Draw Me Close: A Virtual Reality Memoir (National Film Board of Canada and National Theatre).
Workshops and readings include The Ocean at the End of the Lane, Wig Out! and The Cherry Orchard (National Theatre Studio), This Much (Park Theatre) and Wonderboy and Olympic Fencing (Soho Theatre).
Film includes Magpie.

The Busy World Is Hushed