“It’s harder to kill people when there’s a peace process on.”

For the safety of audiences, performers, and staff, we have put in place a number of measures as part of our Covid-safe procedures plan, and we thank you in advance for your cooperation. Please find our current measures outlined here.

Ulster Loyalist Alan Black is kept awake every night by his neighbour McCorrick’s dog barking. To add to his difficulties, McCorrick refuses to acknowledge that he even owns a dog, let alone one that is creating a disturbance.

In a Northern Ireland he barely recognises, where politics has proved just to be the continuation of war by other means, a disconsolate Alan sets out to rid himself of the incessant noise.

As he seeks help from authority figures, he finally – as a very last resort – turns to the only voice he can really trust, Eammon Holmes…

Coinciding with the 100th anniversary of the partition of Ireland and the foundation of Northern Ireland, Yes So I Said Yes is a blackly comic, ferocious, dystopian satire about what it’s like to feel alone in a place where everyone else is conspiring to erase you and your history.

As a special event on Wednesday, 1 December, there will be a Q&A session after the performance of Yes So I Said Yes which will take place in the theatre auditorium. It will feature playwright David Ireland, director Max Elton and cast members. The event will be moderated by  Sue Healy, Literary Manager of the Finborough Theatre. Performance + Q&A tickets must be purchased together for this special performance and will be £30 (£28 concessions) for the performance and Q&A.

As an intimate theatre venue, we are taking extra precautions to ensure the safety of performers, staff, and audience members during the current pandemic. We have reduced our audience capacity to 80% and temporarily increased our ticket prices to reflect this. Due to the size of our auditorium, FULL FACE COVERINGS MUST BE WORN THROUGHOUT THE ENTIRE PERFORMANCE. Drinks will not be permitted in the auditorium. We will be reviewing these protocols every month and will lift them as soon as it is safe to do so. For full information, please see our Covid-19 Policy page.

About The Playwright David Ireland

Playwright David Ireland was born in Belfast and brought up in County Down. He was Playwright-in-Residence at the Lyric Theatre, Belfast, in 2011-2012. In 2010, Everything Between Us, first produced by Solas Nua and Tinderbox Theatre Company, was performed in Belfast, Scotland and Washington, D.C., winning the Stewart Parker Trust BBC Radio Drama Award and the Meyer-Whitworth Award for Best New Play. It received its English premiere at the Finborough Theatre in 2017. Yes So I Said Yes was first performed at the Crescent Arts Centre, Belfast, in 2011 as part of the Belfast Festival and then on a tour of Northern Ireland, where its performances in Omagh led to the theatre being picketed by a local church group. Cyprus Avenue premiered at the Royal Court Theatre before transferring to the Public Theater, New York City, the Abbey Theatre, Dublin, and the Metropolitan Arts Centre, Belfast, winning The Irish Times Theatre Award for Best New Play, and the James Tait Black Memorial Prize for Drama. It returned to the Royal Court Theatre in 2019. It received over 100,000 views online. In 2018, Ireland's Ulster American was performed by the Traverse Theatre, Edinburgh, as part of their Edinburgh Festival season, where it was awarded the Carol Tambor Best of Edinburgh Award, and won Best Female Performance, Best New Play and Best Production at the Critics' Awards for Theatre in Scotland.

About The Director Max Elton

The press on playwright David Ireland

On Cyprus Avenue
★★★★★ "I can’t remember when I saw a play that was so utterly clear yet had such startling destination.” The Observer

★★★★★ "The most electric, unnerving, illuminating nights of theatre any of us can have seen for years.” Irish News

On Everything Between Us

★★★★ “David Ireland is our theatre’s expert at exploring the psychosis underlying Ulster Protestant prejudice.” The Guardian

★★★★ “David Ireland drops more than a few depth charges in one of the best pieces about conflict in Northern Ireland yet written.” Irish Times

The press on director Max Elton

★★★★★ “Max Elton's production is outrageous from the very first beat, and never lets up.” Broadway World

On The Melting Pot at the Finborough Theatre

“Emotionally rich, unapologetically hilarious, and compelling articulate…A scabrously funny two-hander that collides the past and the future of Northern Ireland.” Fergus Morgan, The Stage

Approximately 1 hour 15 minutes with no interval

Presented by 19th Street Productions in association with Neil McPherson for the Finborough Theatre.

Productions at the Finborough Theatre include On McQuillan’s Hill and Over the Bridge.

Television includes Hope Street, Warrior, Doctors, The Whistleblower, The Bill, The Year London Blew Up and The Long Walk.

Radio includes The Burial at Thebes and Space 1889 – Red Devils. He is also the narrator of the BBC documentary series Mountain Vets.

Productions at the Finborough Theatre include Mixed Marriage.

Film includes Mickeybo and Me, Michael Collins, The General and The MatchMaker.

Productions at the Finborough Theatre include On McQuillan’s Hill.

Film includes Shooting for Socrates, The Minnits of Anabeg and You Looking at Me?

Productions at the Finborough Theatre include Don Juan Comes Back From The War.

Radio and Audio includes Belly of the Wolf, Emile Zola – Blood, Sex & Money, for BBC Radio Produce, A Steal, Take Me to Hope Street, The House of Mercy, Lennon: A Week In The Life, Life on the Edges, Educating Rita and The Omega Factor.

Tuesday evenings £20 all seats, and Friday and Saturday evenings £23 all seats. Previews (23 and 24 November) £14 all seats.
£10 tickets for Under 30s for performances from Tuesday to Sunday of the first week when booked online only.
£14 tickets for residents of the Royal Borough of Kensington and Chelsea on Saturday 27 November 2021 at 7.30pm booked online only.
Pre-bookable concessions are available for the following groups:
Children aged 16 and under
Students in full-time education
Jobseeker’s Allowance and low income benefits claimants
Disability Benefit claimants
Senior Citizens aged 60+
and Equity, BECTU, MU and other entertainment union members in full benefit on Sunday matinees only.

Tuesday evenings £23 all seats, and Friday and Saturday evenings £25 all seats.
Pre-bookable concessions are available for the following groups:
Children aged 16 and under
Students in full-time education
Jobseeker’s Allowance and low income benefits claimants
Disability Benefit claimants
Senior Citizens aged 60+
and Equity, BECTU, MU and other entertainment union members in full benefit on Sunday matinees only.

PLEASE NOTE THAT LATECOMERS CANNOT BE ADMITTED AND TICKETS CANNOT BE EXCHANGED OR REFUNDED.

Approximately 1 hour 15 minutes with no interval

Yes So I Said Yes 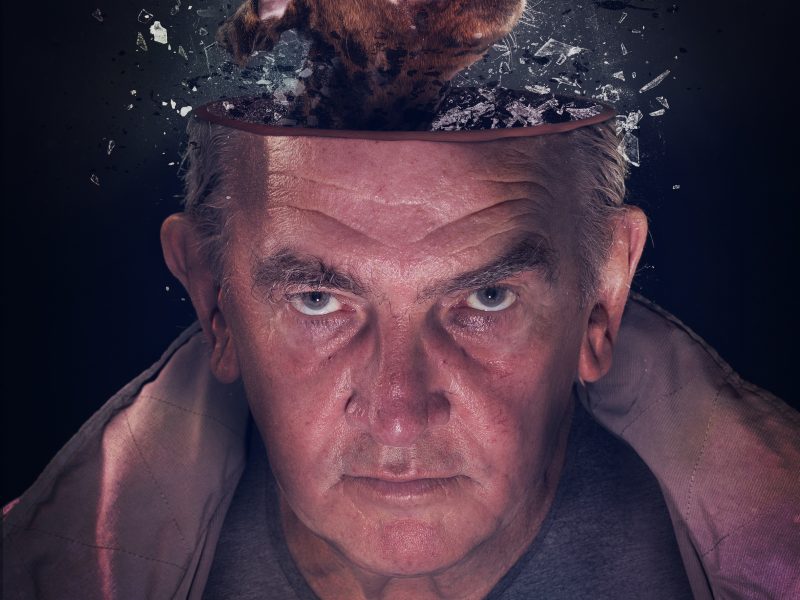